The Evolution of Payment Cards

Payment cards have come a long way since they were first introduced in the 1950s. Indeed ever since consumers have understood the concept of credit and the representation of money in card form, payment cards have been lovingly embraced. Banking practicality and the upper-class sentiment of ‘convenience’ gave birth to the payment card. Thanks to technological advancements and innovations there are now over $12 trillion card payment transactions made each year [1]. This article explores how the payment card has evolved, from its conceptualisation to the modern contactless cards of today. 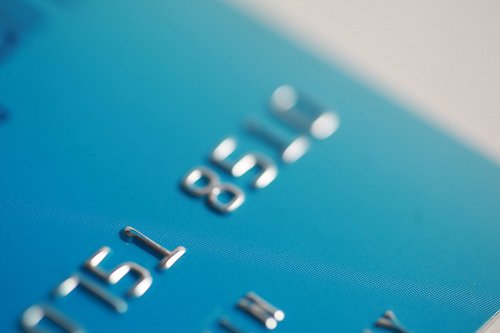 The Introduction of the Payment Card

The first ever bank payment card was introduced by the banker John Biggins in 1946 for use in a single shop, and Franklin National Bank introduced the first bank credit card in 1951 for use with selected merchants [1].

In this era, there were many limitations in using payment cards, but Frank X. McNamara envisaged a different reality. It is said that as he was dining one night in New York, he realised he has forgotten his wallet, and though his wife had money for the bill, the problem influenced him enough to do something about it. He introduced the Diners Club card, which provided members with a cardboard card to use at top New York locations, with a fee charged for usage. By 1955, there were over 200,000 Diners Club members, who could use their cards in shops and restaurants in over a dozen different countries [2].

In the following decades, the structure of credit usage evolved into how we experience it today, with a revolving balance subject to financial charges, as opposed to the earlier fee-based system. By the end of the 60s, many new financial institutions, including the InterBank Card Association (now MasterCard), formulated a framework for the issuance of credit, complete with regulations, security and a new international network. Up to and beyond the Fair Credit Billing Act of 1974, credit cards became a staple of Western life [1].

Technological Development and the Magnetic Stripe

Before the 1980s, payment cards were nothing but plastic, but thanks to IBM and the airline industry demanding a better way to process tickets, magnetic strip technology became a commercial reality. This was a crucial development for two reasons: it allowed for instantaneous verification, and it allowed the bank to first check the user’s account to see if enough funds were available. Fraud was a big problem before this era because of the time needed to verify the account, but the magnetic strip helped to solve this problem.

The magnetic strip has been highly successful, and indeed nearly all merchants around the world still own magnetic strip Point of Sale readers, but in terms of security and reliability there were flaws. The strip could damage easily, credit cards could still be stolen and signatures forged, and as an easy technology to emulate, clone credit cards became an increasing problem.

The solution was two-factor authentication in the form on Chip & PIN, which requires not only the physical card but also for the user to enter their unique banking PIN number to complete the transaction. Introduced in Northampton, UK in 2004, and since spreading around the globe, it is incredibly difficult to fake a Chip & PIN transaction and as a direct result fraudulent purchases in the UK have fallen by a massive 80% [3].

Thanks to wireless technology, contactless payments were introduced in the 90s with Mobile Speedpass, and since then, many banks have followed suit, including Barclaycard in 2008 [4]. Over 10 million contactless payment cards have been issued in the UK (roughly 10% of all issued cards), and they are the pinnacle of payment card convenience for lower value purchases.

Credit and debit cards were born out of the idea of convenience, and so it is fitting that we can now use these cards securely by barely lifting a finger. So what will tomorrow look like? According to the UK Payment Council the use of credit and debit cards could go into decline in the UK within just eight years as more and more of us use mobile phones to make payments.


This post is brought to you on behalf of First Data Merchant Solutions, the online payment processing providers.